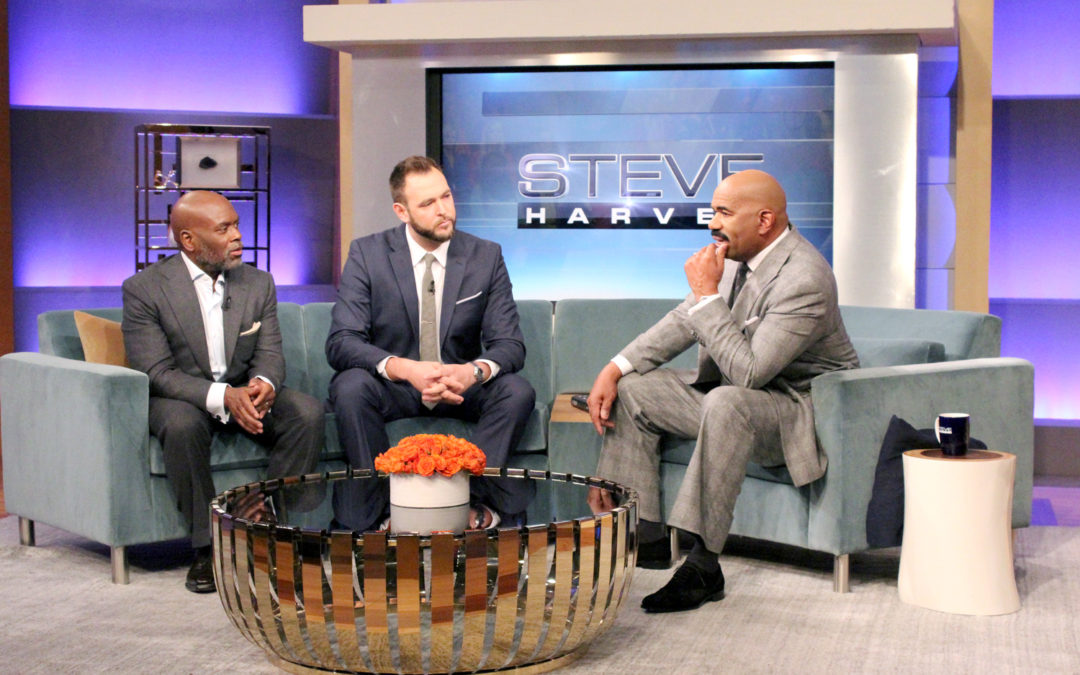 One year ago, the Steve Harvey Show welcomed a very special guest. Chad Bernstein, our Founder & CEO, took a seat between Steve Harvey and music legend L.A. Reid to share the Guitars Over Guns story. Steve presented Chad with a generous gift card courtesy of Sweetwater Music & Pro Audio, and at the end of the segment, Chad was honored as one of Harvey’s Heroes!

This week, Chad headed back to the studio to give Steve an update on how our program has grown since his last time on the show. From last year’s 250 students to this year’s 618, we’re so excited to leave a lasting impact on deserving youth in Miami and Chicago! Major thanks to Steve Harvey for the support! Check out what Chad had to say in the video below, and stick around till the end to catch an epic live performance from our Haven Studio students: