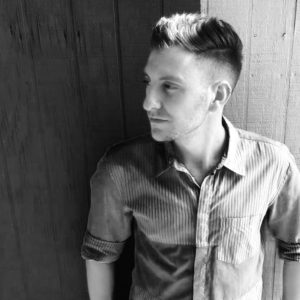 Phil Jacobson is a singer-songwriter and guitarist hailing from Chicago, IL. His music education began as a youngster on the piano and grew as he became interested in learning new instruments, such as, the trumpet, drums and guitar. In 2004, he auditioned and received a scholarship to the Frost School of Music at the University of Miami (FL). He went on to major in Studio Music and Jazz (voice), earning his bachelor’s degree in 2008. During his senior year, Phil became a Downbeat Award Winner for his work with UM’s renowned, Jazz Vocal 1 Ensemble. His 4 years with this group offered many performance opportunities with world class vocalists, including: Kurt Elling, Carmen Lundy, Jon Secada and the remarkable, Raul Midon.

In October 2009, he released his first record (EP), Around It Goes. A review from the Miami New Times described Around If Goes as, “a very pleasant surprise, an example of quality musicianship and sturdy songwriting, and a promise of tremendous potential to be tapped in the very near future.” In May of 2012, Jacobson had the fortune of working on his second studio project with Grammy Award winning producer, session guitarist, and friend Dan Warner. This project, entitled ‘Love Right Now’ is a collection of 5 songs. The sophomore release showcases his knack for melodic hooks and uplifting lyrics, delivering an honest, “feel good” vibe.

Since moving to Chicago in 2012, PJ continues to make a name for himself and has been touring to both regional and national shows. The most recent project he’s been involved with is writing and performing with his newly formed group called, The Shades. They have a unique sound which is focused around the three part harmonies of PJ, his brother Mark, and their good friend, Andrew DeMuro. The Shades have been writing as much as possible lately and can be found playing all over Chicago doing both covers and original shows. For more info on The Shades, visit: www.wetheshades.com or find them on Facebook at: www.facebook.com/wetheshades