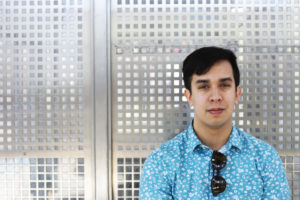 Originally from New Jersey, Evan’s musical career started in high school as a part of the award winning Scotch Plains/Fanwood Moonglowers and a member of the Somerset Jazz Consortium. Evan received his Bachelor’s degree in Jazz Bass Performance from Oberlin Conservatory in 2014 and his Master’s Degree in Music Improvisation from the University of Michigan in 2015. He became a prominent figure in the Miami Jazz scene before moving to Chicago in 2017.

Evan’s first album, Unsolvable Problems, was released in 2016 and featured almost all original compositions. Evan followed the work of Guitars Over Guns for several years in Miami before joining the Chicago team in 2018.