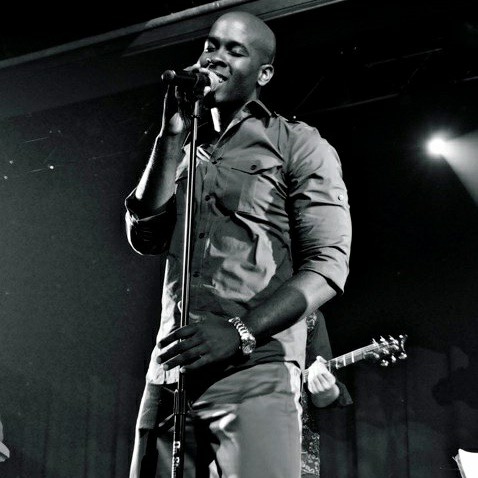 A singer’s voice can be beautiful, personal, vulnerable and powerful. Eric Stinnett’s voice has all of these qualities and thus conveys pure emotion with ease. His vocal delivery stirs the soul while singing songs that touch our hearts. His greatest passion is to inspire & uplift others through sharing his music with the world.

Like many other great soul singers, he too honed his early musical gifts singing in the church. He excelled at trombone while playing in several jazz groups and ensembles at the high school & collegiate level. It was there where he discovered a love for jazz and began weaving it into his own gospel and soul-inspired vocal style.

Shortly after college, he released his first solo album entitled, “Chocolate Soul” which led to his first placement in a major film (Stomp The Yard: Homecoming) for the single “Constantly”. The album also received accolades from industry professionals such as Platinum-selling Singer/Songwriter/Vocal Arranger, Kipper Jones and made a lasting impression on many others.

In 2014, Eric became a United States music ambassador and traveled extensively throughout Asia, The Middle East, & Europe with the Hip-Hop band, Dangerflow.

Most recently, he has penned songs that have been featured on MTV’s Washington Heights, ESPN Sportscenter’s First Take and the Tennis Channel, along with commercials for X Games 18, Monster Energy & jingles for Miami Heat home games. He has also written songs for the Miami Heat documentary, “Into The Fire” and Universal Latin artist, Luis Lauro.