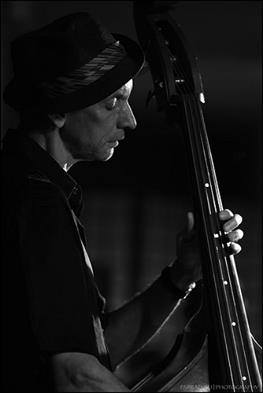 Dexter Sims has been a Bassist in the Chicago area for more that two decades. He is originally from the south side of Chicago. He has lived on the east coast, in the Boston area and in New York; and studied music at the Berklee College of Music.

He has been featured on a number of television and radio shows: Channel 62 – “The Cutting Edge with Darryll King”, Cable Access Channel- “What’s the 411”, ABC Channel 7 – “Chicago Christmas Special with Bill Campbell”.

Dexter has traveled to many U. S. cities and internationally. Dexter is also Bassist with the “Wooten Choral Ensemble”, a gospel group that has toured the world over the last half century.

Dexter currently has a CD available “Peace of Mind”, and has had his music featured on commercials by Marriott and others.