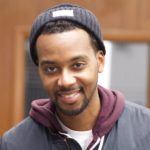 Raised on Chicago’s Southside, Dennis’ musical education began at the age of 4 with the piano, transitioning to the violin then alto sax and finally drums though his college career. During his undergraduate years at NIU, Dennis began to develop his production skills, working with local artists and finally focusing on producing the group he co-founded, H2O Soul. Upon graduating from NIU, he attended Columbia to pursue his Masters in Music Business. Dennis worked in music advertising at a Chicago Production House called Genuine Music, creating original compositions and sound design for major brands from 2006-2011. Now focused on teaching production and engineering at the Haven Studio, collaborating with other artists and serving the local music community through his nonprofit, Khemistry, Dennis hopes to work through music to make his voice heard and make a positive difference.