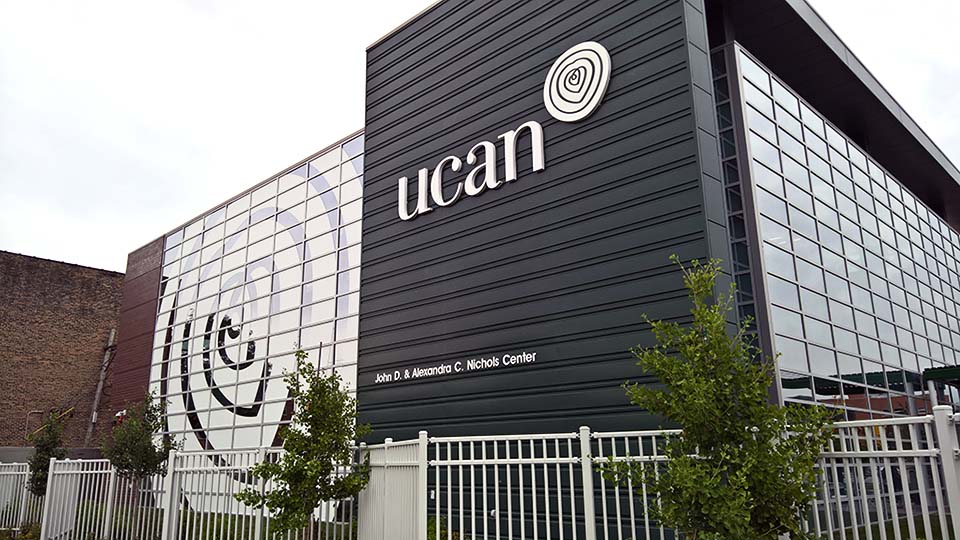 We are just coming back from a packed trip to Chicago where we hosted a big concert to announce our partnership with UCAN and our plans to launch at their academy this coming year. UCAN is one of Chicago’s oldest, most innovative social service agencies, helping youth who have suffered trauma become future leaders, and we couldn’t be happier to team up with them.

This concert was particularly special for several reasons. Suenalo came up from Miami and had the Wallace Bowl rocking for the second year in a row.

The incomparable and esteemed slam poet Taylor Mali flew in from New York and absolutely brought the house down with a captivating set.

Most notably, we were able to honor Chad’s high school mentor with an award commemorating his amazing career. Jim is now living in Tennessee, providing prison ministry and continuing to mentor others. As he said, “I knew when I left teaching I needed to move towards something instead of away from teaching.”

The James Warrick GOGO Empowerment Award will be given in his name in perpetuity:

The award was created to honor Jim Warrick for his indelible impact on the thousands of students whose lives he changed over his 36 years of music education. This award will be given annually to the Arts educator who most exemplifies Jim’s selfless ability to foster and nourish personal expression, academic achievement, social development and personal accountability.